Anna does not just sell pottery, she sells the charm and traditions of the city of ceramics! 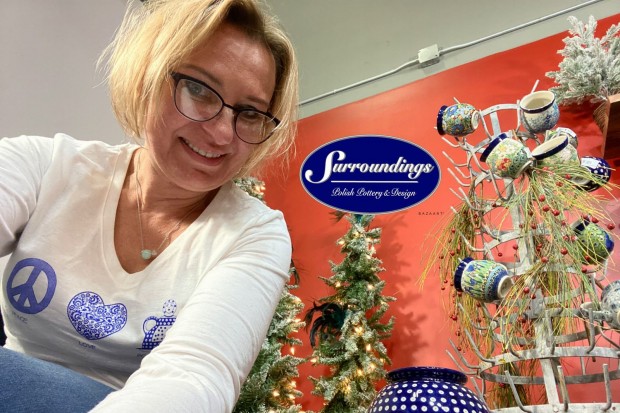 Anna Krejci came to Bolesławiec for the first time after a long absence. All because of the pandemic. She did not manage to attend the festival of ceramics in 2020.

Instead, she visited the city online and commented with istotne.pl on the opening of the 26th Bolesławiec Ceramics Festival.
During this year' trip, Anna met with her artist friends. She paid a visit to Ceramika Millena, spent a Polish evening making meats at Kaola Ceramic, and admired the work of Rutyna and Manufaktura pottery factories. She also shared her entire visit with Americans on her Facebook page – Surroundings Polish Pottery.

– I spent the first day with my wonderful friends from Ceramika Millena – says Anna Krejci describing her visit to Bolesławiec. – It was very exciting as I visited their new branch that they will soon be opening in Grodziec. For me it is extremely empowering to see people who work so hard to give jobs to others, especially in the times of pandemic. They create wonderful ceramics and want to preserve the historical buildings around the Grodziec castle. I saw the wonderful pottery workshop of Jarek Rutyna. I am very interested in technology. I would like to show people that it's not easy to create ceramic moulds, that it's not just about stamps. I also visited my friends from Manufaktura. I did it all to show the places where Bolesławiec ceramics is created, to present the history of pottery, where it is made and who makes it – adds Anna. 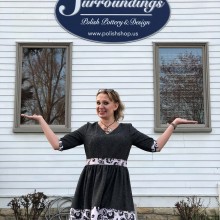 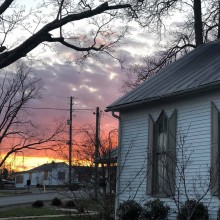 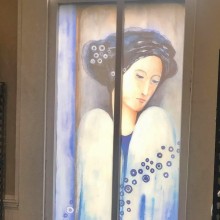 Anna makes sure that customers in the U.S. get to know the ceramic tradition of Bolesławiec and its region and feel the charm of the smaller and larger ceramic factories that manufacture the products imported to the U.S. Living in Bolesławiec, we are so used to ceramics that we do not always see the huge potential that is hidden in the clay products. Anna sees it and presents it in a simple and sincere way across the pond and everywhere she goes.

– Americans ask if these beautiful pots can be put in the oven – says Anna Krejci. – And Poles think that there is only one ceramics manufacture in Bolesławiec – she comments on her meetings with new customers.

Anna comes from the south of Poland. She moved to the States years ago and had never had any contact with the city of Bolesławiec until she became fascinated with cobalt-colored stamps during one of her visits at the Bolesławiec Ceramics Festival.

– I invited myself to Bolesławiec –  says Anna Krejci. – I came here for the ceramics festival and met extraordinary people. The team from Kaola Ceramic, my friend Wiesia from Ceramika Millena. And so it began – adds Anna.

In Louisville, Anna runs her business and store, Surroundings Polish Pottery, which is located in a beautifully renovated wedding chapel.

– I've always been restoring old houses and had a hunger for tradition – says Anna during a live interview on the opening day of the 2020 ceramics festival. – The windows of my store are decorated with beautiful stained glass by Jolanta Koźmin, a native of Bolesławiec. They create a unique atmosphere in the chapel that has been transformed into a store, combining the American and Polish cultures – said Anna Krejci.

This marriage of two cultures resulted, among others, in the creation of large ceramic mugs by Kaola Ceramic, just in time for the needs of American coffee lovers. The half-liter mug is named Anka, after Anna Krejci. The 0.7 liter mug got the name Goliat. The Anna mug has a special design. The handle is not glued-on and the mug is cast from a single mould. The Goliat mug is inspired by the beauty of the Grodziec castle and the history of the region. Both mugs also feature a beautiful floral decoration highlighting their rounded, as Anna says "feminine", shape.

Americans love the way Anna presents the culture of Poland and Bolesławiec. Jenny Murray wrote under a short video of Anna's stay in Bolesławiec:

We love Anna here in the U.S. The culture, beauty and art of Poland she shares with us is wonderful! As a bonus, we also receive Polish language lessons! We can't wait to visit Poland and experience everything Anna has so proudly shared of her country!

Anna talks about her stay in the city of pottery in a short video recorded on the last day of her stay in Bolesławiec.